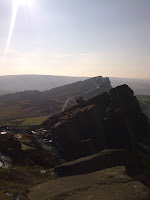 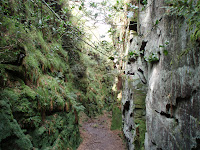 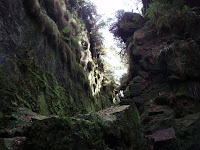 So my Easter is not quite the way it used to be when the boys were little. Those were the days of Easter egg hunts and roast turkey with visiting family. And although I have no religious belief, it is always wonderful to have family sharing time.

This year my eldest son is in a yacht sailing across the English channel between Ipswich and Bruge with 8 other people. Just because it's the busiest shipping lane in the world almost, course I'm not worried. (She said lying through her teeth!)I'm just looking forward to the text on Monday saying he's back.

As for my youngest well last weekend I was graciously given 17 and a half minutes of his time, that he could spare me. So in a phone call today I suggested that as it's Easter Sunday maybe he could spend a little more time with his aged mother, and what do you know, he thinks he'll be able to do a whole 18 minutes!!!

The house is a complete disgrace. I do not like housework and imparticular I dislike vacuuming. Well the wretched dog is having a moult, which means there is enough fur to knit a whole new dog lying on the carpet. In fact I used to have reasonable height rooms, floor to ceiling. And now it feels like being Alice after she has taken the growing medicine as the space between floor and ceiling is about 6 inches deep cause of the dog fur.

Today I met up with my mate Trousers and we walked 10 miles in three hours forty minutes plus extra time for breaks. We parked up at the end of the Roaches, went up them stopped for coffee under a brilliant blue sky and warm breeze and back round on the road. That was the first five miles. The weather forecast was rain. But apart from two drops Trousers got on his face, there was none.

But because there has been so much rain recently when we did the second part of the walk, after we'd had our picnic lunch under the shelter of a dry stone wall, down to Lud's Church the path and surrounding area looked like the battlefield of the Somme there was so much mud. And as for trying to get out of Lud's Church we met up with a group of Chinese tourists/students all unsuitably dressed in trainers trying to decide whether or not that they could brave the swamp that we had to traverse to get out.

Lud's Church is one of my most favourite places, but there were so many people walking it that it almost felt like Oxford St in the rush hour. So I may have to be a bit more selective as to when I walk there, as I don't want to see lots of people. And I particularly don't want to hear their noise when I'm standing in the complete silence that is in the crevice itself.

I did have a lovely time with Trousers even if he did have to put up with my continued grumpy old woman persona, as I ranted about people having stupid stickers in the back of their cars when I took him back to the station. That being my final rant of the day, the others are too numerous to mention that he had to endure on the actual walk!

So I think my excuse for continuing not to do any cleaning will be the amount of miles I walked, cause on top of that walk I also did two walks with the hairy hound.

I must be mad!

But anyway that's Easter sorted and now it's Birthday eve,eve,eve,eve,eve,eve! And the countdown is on to my Birthday activities.... Going out for supper with youngest on Tuesday, coffee with friends Wednesday, lunch with a mate Thursday, lunch with my sister Friday followed by my oldest friends arriving for the weekend. And then they will take me out on my actual birthday. But my celebrations won't end till the after the following weekend as I get to go to London and stay with my eldest and go for a big walk in Kew gardens weather permitting.

I really don't think one day birthdays are enough. I work hard enough caring for others, that indulging myself in lots of fun times does make the whole birthday thing a valuable process.

So there you have it, just another old week in crone land.
Posted by Fire Byrd at 22:02

Labels: just bits and bobs of a crone

sounds to me that you are going to have one helluva birthday celebration with family and friends - I love spreading it out as much as possible! Hope your Easter day proves to be a lovely one too.

Thanks for advising me about the lack of posts which are appearing in your dashboard - it seems to be the same with another of my 'followers' (hate that word!!) but I really don't have a clue what to do about it. Do keep checking in on me - I usually post once a week! :)

You have a great attitude about birthdays. We need to enjoy every single day, rain or shine, with or without company. Life is made up of many little moments, so precious they are gone before we know them.

A week long birthday celebration sounds excellent and what a good bit of grumping you've done this week!Maybe it's the change of seasons!
Have a wonderful birthday, may there be 'gladrags and handbags'.

Good heavens, Byrd, with all that walking you should be napping - not even considering house cleaning. I've discovered it makes perfect sense to wait until the dog has quit shedding to do the vacuuming!

Your birthday sounds like it will be a gala event. Just as it should be! Enjoy!

Mandy -- a very happy birthday to you! I think you are dead right. Birthdays deserve to be celebrated fully and properly -- however long it takes. I have a feeling that by this time next week grumpiness will have given way to contentment, gratitude and peace. Enjoy the love and company of your boys and friends. And if you happen to pop by a pub, have a sip for me! Love, Lyn

In a Skype conversation with my oldest son who turns 50 in October he lamented the fact that time is passing so quickly ... I reminded him it's going even more quickly for me! I have a proposition for you ~ I LOVE to vacuum, it's my favorite thing, maybe you could come on over and load/unload my dishwasher? Like you, the religions connotations surrounding Easter were more for me as a child, my children and now my grandchildren ~ though I don't get the impression they are 'religious' and are very spiritual in their beliefs. Enjoy!!!

Celebrating with friends, abundant food and your astounding attitude towards birthdays? A week of bliss.

I already sent you a birthday card, hope it will arrive in time with all the Easter Days in-between! Just stay cheerful, even though boys have not much time for you and mud is all around you! You have your good bloggie friends, and that is quite something! Love to you from Angela

when is your birthday? tomorrow? 4th or 5th of April? I am confused with the time difference here as we turned our clocks back this weekend

Lud's church sounds fantastic, I want to go there oneday! 10miles is one heck of a hike! I tend to rant and rave when I walk too.. it must send dutch husband demented.. but it is good to get it out while walking..hope your easter day is a peaceful and restful one xo

I applaud you for doing all that walking. I just can't seem to get up the steam to take a good long walk, but then again, I'm an old man, (but not Grumpy, like you). You do motivate me to use the bicycle a bit more. Really, I am doing more and more each day to rid myself of a few pounds. (Not for vanity, but for health)
I added your blog to my sidebar. I hope you don't mind. Let me know if it wasn't okay to do so.
Happiest of Birthdays and everyday to you.

Happy Easter and Happy Birthday week Mandy! Another reason to put off vacuuming. Who vacuums on their birthday (week)! Just look at the dog's shedding efforts as a bit of extra insulation. You need all the warmth you can get over there. xx

Happy Easter and Happy Birthday Mandy! Celebration abounds in your neck of the woods!

10 miles - congrats and not bad for a crone, not bad at all :-))) Love the idea of a weeks birthday celebration. Have a good start into the celebration. Hugs across the pond

you are so funny mandy and so right. my mother in law says you get the whole month for celebrating, and she makes sure of it (for herself!)
your walk sounds so great, i would so love that. i do know what you mean about people in a place meant to be quiet.
and it's the same for me regarding easter. it used to be on a scale of christmas almost, all the family came, i spent days sewing new outfits for my children, cooking and decorating the house. then the easter bunny had all his work too, dying eggs, filling 5 baskets, the easter egg hunt... i loved it all.
it is easter morning here now and it's quiet. one child is home, we had planned a hike, but she doesn't feel well so it's just me and owen (my puppy). things surely do change.
happy easter to you mandy and happy eve x 6 of your birthday!
love,
lori

I hope that you did not get your pink Timberlands dirty on your walk!

We have had a nice quiet day. No family and no neighbours - all away. Bliss! Hope that you a good day and Happy Birthday for when it comes as it looks as if you are going to be too busy to blog next week.

I love the idea of a multi-day-birthday! Yes, Easter is very different without small children around, isn't it.. I think that your long walk certainly makes up for lack of housekeeping. Hope you had a good 18 minutes with youngest, and that the expected text has arrive to signify safe sailing! the flower pics on your blog are just so exquisite, thanks for them, as ever, too! happy birthday, too, dear Mandy - hope you enjoy every minute of the festivities!! x

Happy birthday month! (why settle for a week, eh?)

It was a verrrrry quiet holiday here--but the dinner was good and the ground squirrel visited!

Alas--no chocolate bunny. No long walk. Not even ONE jelly bean.
*sigh*

Sounds like a far better Easter than I've had. I'm back to blogging on my old blog by the way. Couldn't be arsed to start a new one.

Get someone to come in and do your vacuuming!! You have better things to do...Sounds like you've always worked very hard and deserve a break... Thanks as always Mandy for your visit and encouraging comment on my story. Talk soon..Cynthia

Really enjoyed the walk, FB, and your rants didn't go unappreciated either: I am, after all, a grumpy old man before my time :)

Anyway aside from ranting from either party we covered a hell of a lot of other stuff, conversationally. xx

The beauty of being a crone is that you can bitch, moan and be generally cranky because people expect it! It's quite liberating, IMO.

I hope that you have an absolutely fabulous birthday week because you definitely deserve it!