STRESS, GETS MORE EXCITING AS YOU GET MORE OF IT!! 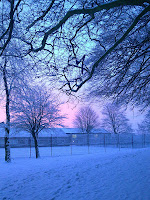 At 3am on Saturday morning Alex started being sick. On Sunday morning I contacted NHS Direct, who are really good, and got their advice.
He was no better last night, in fact was worse to the point that he couldn't even drink water without bringing it back. Spoke to them again and they suggested that if he was no better by this afternoon then he should go to hospital
He managed to sleep for 6 hours last night and woke up vomiting at 5am on an empty stomach.
I made the decision that enough was enough, and took him to hospital, after him probably been sick 30 times, and not haven eaten since Saturday lunch time.
So he's spent the day on a drip to re-hydrate him. Been given loads of injections to relieve his stomach ache and to stop him being sick.
He's home now and has taken anti emetic tabs and so far as managed, despite still feeling very sick to hold down two small glasses of Coke (one of the best stomach settlers known to man, plus full of much needed sugar!)for three hours.
He's had I don't know how many baths, as they are the only way he can relax his poor knotted stomach and gone to bed to try and get a really decent sleep.

So once we got home I immediately had to set to and sort out the dog, who had never been left alone for so long. She'd been really well behaved and hadn't sat on the sofa, which she now knows she can't go on and was doing last week. But she was very hungry and needed exercising. This all meant that I had to look after her after a day of looking after Alex.

The only relief I've had today was going into the Hospital Chapel and cry my eyes out for 15 minutes and then phoned friends until I found one to speak to, to get yet another virtual hug and some words of love.

And eventually, because I could, I've had an ice cold glass of real champagne.... because I surely deserve it. But daren't have more just in case I'm needed to have my wits about me any time tonight.

And I thought last week had been stressful!!! And to add insult to injury I should have worked today, so haven't earnt any money.... Hey ho!!

(pic is of dawn on Monday morning in the school grounds)

and for anyone who gets emails from me please forgive me not contacting you till later in the week.
Posted by Fire Byrd at 19:05

I hope Alex is better & you are getting some rest. Take care. Will be thinking of you, Trixie, & Alex. Be well.

Oh Fire Byrd! Alex and you are in my prayers. Forgive me, but is this your child? spouse? It doesnt matter, you have been through a tough time. Being the care taker of our loved ones when sick is no easy task! Hang in there dear! A virtual hug from me to you also.
{hug}

Aw Bryd sorry to hear of Alex being so poorly and the running about you have had to do.

I hope he feels better soon and you enjoyed your well deserved glass of champagne...xx

Why does it seem so natural that we always jump into place when our children/pets/anyone need help - even if we don`t earn money/feel sick ourselves/need rest/need the money? Wel, I guess because we feel it is natural. Good girl, Mandy, but one day when you need help someone will be there for you! Good deeds are being paid back by the Universe! I`m sending hugs and health over the Channel to you!!

Wishing your son wellness and peaceful sleep, and the same for you. Poor dears, tough times.
Will keep you both in my thoughts.

Oh dear, that really developed with Alex since the day of your email. Thank goodness you took it into your own hands and got him too the hospital. You don't want to fool around with dehydration, that's for sure.

And, better late than never......here's a virtual hug from me....hhhhhhhhh.

I don't know about you, but when one of my children is hurting, I feel it too, part of being a mother i suppose. I know you'll do all you can for your son, but be gentle with your self too byrd. Remember to eat, drink lots of water, breath and yes! champagne. I'll have one with you, since we've had the same here.
Cheers,whew! :)

i hope you all had a good night last night, i'm sorry i only read this this morning. but you're all in my thoughts xxxxx

Oh BUGGER! Nothing worse than a sick kid! I hope whatever he has..you don't get my sweet.

Best wishes to Alex for a speedy recovery, well done pat to Trixie for being good and a big virtual hug to you for being so strong...{{hugs}}

Wow! You've had your hands full. I hope everyone is on the mend, including you. Hopefully Alex's illness is not contagious and you will be spared. Sometimes life throws us a lot of lemonades, and we simply don't have the strength to make lemonade.

You poor thing.
And the poor kiddo!

Darn good thing that puppy decided to not add to the pile.

And of course prayers for healing are being said

Byrd, I hope Alex is feeling better now and that you can drink the entire bottle of champagne. You certainly deserve it!