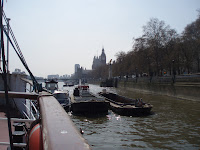 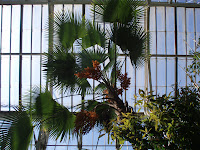 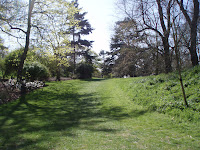 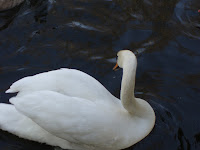 I've got a post in mind to write that was inspired by an American astrologist I heard recently. But it feels that if I write my words they may not come true. So I'm going to wait a while. Suffice to say, she said something generic, but that it hit me between the eyeballs, as that's what I'd felt had been going on in my life in the last couple of months. In waiting it will allow the final part to come into play and then I'll know that not only the universe but my own intuitive abilities in what's going on for me are right.

Instead how about some mad observations......

Have you ever stopped to think about there being a right way for the toilet/ lavatory/loo paper to be put in the holder.

So there I am sitting on the throne the other morning reaching over to get said loo roll, when I realise that I've put it on backwards. And worse was to come as I sat there took it off the holder and put it on the other way...... why?????

I know whenever I use toilet roll anywhere else it sort of annoys me if it's not hanging in the way I consider right. Which got me thinking about how many other barmy things we get hooked into doing just so,and when we see other people doing it differently it makes us irritated potentially,or mildly curious as to why they are doing it, whatever the task is in that particular way.

Take cooking for another example, when I cook you wouldn't know I was making anything from scratch, as I get the ingredients out as I need them and put the rest back straight away. I do not have all work surfaces covered in flour, milk containers, salt, or whatever is needed. I will have weighed the flour, and before transferring it from the scales the flour tin is back in it's place in the cupboard.
I do not use every available saucepan known to man every time I cook. I can't tell you how annoying it was yesterday when the sandwich Alex wanted required three frying pans!!!

The list is endless, why do people iron in a non organised way. Why is putting a clean duvet cover on so difficult. Why when we wash do we always do it in the same order???? And on and on. I must admit sometimes I break my own rules (conditioning ) and shave the other leg first, and don't I feel daring for so doing!

I do know that I am organised and efficient, or put another way far too damned obsessional, but at least the kitchen is always tidy after I've cooked a meal!!!

My mother was untidy and always a little late. My dad was incredibly tidy and on time. My sister is more like my mum and I am my fathers daughter. But equally my mum took risks and took on challenges easily, and dad didn't. My sister dislikes change and is very cautious, and I am not.

So I muddle along with the juxtaposition (I do love that word) of being the tidiest, organised, on time,speed queen who's up for any new challenge that comes my way.

Where are you on this random scale? Or do you have your own mad collection of behaviours that you can contrast and compare with those around you?

(More Kew garden and River Thames pics at the top BTW)
Posted by Fire Byrd at 08:08

Labels: the madness of conditioning and who we are

I've chuckled while reading your blog today. Thanks for sharing it. I have a place for everything and everything goes in it's place [yes a little OCD]. My excuse...I run a sewing business from home and am usually very busy so don't have time to waste looking for things. Makes sense? I think so :-)
A x

If body issues allowed I'd be way, way more obsessive than your list. I come from such a disorganised/chaotic family that I find it's lovely to know other people organise as obsessively as I do!
How is your back doing now? Hope it's feeling a bit better
BG Xx

I come from a very disorganized mother, and I am already a bit better, believe it or not, Mandy. But still I leave the flour close, in case I need some more, and find things in the fridge where they shouldn`t belong - but I laugh at the surprise! My eldest daughter is VERY tidy and clean, just to be different, I`m sure. Funny how we are all set in our ways (I also like the toilet paper one way).

And OMG--he's a messy cook and I'm a neat cook.....I clear and clean as I go. I do NOT want to digest my food over a sink and counter top that needs a bulldozer's crew to get it taken care of.

Yesterday I was obsessing about the obsessed and irritated with their rituals and routines.
k.....I was irritated that they seemed clueless as to how their routines/rituals affected people around them......

And nope, I'm NOT OCD. I'm a control freak. *laughing*

We are creatures of habit. Yet I loe to break the habits and my current lack of concentration ensures a cell phone in the fridge, the detergent in my hair and no loo paper at all. BTW after cooking my kitchen is a mess :-)))

Well, in the past I've been a little OCD but as I've grown older I just sort of roll with the punches. However, I have to have the toilet paper rolling from the top, and there is no gettin' around that! I've even gone so far as to let others know they have theirs on backwards and they look at me like Huh? LOL
I am like you Mandy in that I am a cook that keeps her working surface clear and uncluttered and that comes from working as a cook in the restaurant busines...as well as being taught that way by my Mother and Grandmothers.
I like a home where you can find everything in its place but since I have a disability now, I have to let some things go when other people are helping me and just be grateful for the help.

I do hope you are feeling better!
Blessings...xxxooo

And just to prove how OCD I am...I was going back over my post and realized I didn't spell business right or type it right, lol and had to let you know it!
Ha Ha Ha Ha Ha....
Spelling and Typing is a big one for me!

Your list made me smile.
:0)
I, too, put away things as I use them in the kitchen. Which can be very frustrating when I realize I need them again later in the recipe. Your son sounds so much like my son, too. Messy, messy.

And, isn't there only one correct way to hand the toilet paper????
My way, of course.
xo

I'm so old I don't have to shave my legs ... a benefit! Tissue roll over ~ helps this woman with some arthritis in her shoulders better grasp without twisting! Mother who was cautious, Father who was 'out there' ~ I'm more like him I think. I am organized and love a tidy home. When garage gets too messy, I must clean! I have moved many times in my life ~ it's always felt good to edit/pare/simplify.

Oh Bryd just admit it, Your a NUTCASE!! there is a right way for the loo paper to go and anyone who does not know this is a loo-natic.

Hello from across the pond and the USA! Fantastic photos of the beauty of spring in your neck of the woods. It snowed a bit here yesterday but we've learned to have patience with spring's slow progress and just be glad it didn't "stick." I love your profile photo. I'm guessing it's a dawn shot, rather than a sunset? Colorful dawns inspire me, while glorious sunsets tend to make me melancholy. It may be just my own weird juxtaposition of reactions, or perhaps many people feel that way. ;>) It's a very pretty photograph, with or without any presumed subliminal meaning, which is what I set out to say here, before veering off the page for a wee bit. I'm curious to know, though, which it is. Carry on then, and I'll do the same.

I laughed too, i am alot like you Mandy. I wasn't always so organized but being a mother of five i quickly realized it was the only way to sanity( and less work).
we did all sorts of things together to tidy up, i even made up a clean up game!

A toilet paper company recently had a contest, asking if you were a over or under user. Over won hands down and printed on the package are instructions now explaining to install properly!! haaha.

if we want change we have to change..... therefore i stumble along often doing the same patterns until i declare that i want change..... and then i consciously go about those routines to enable change.
Being conscious is the trick for me.

I enjoy what you share here.
Thank you
Robyn :)

Ps... mostly i am very organised, but i love creative mess :)

I put the toilet paper on in the right way ! hahaha..
I am a very tidy person.. most times.!!

Oh, you'd hate watching me cook. I bring everything out on the counter. Then, I move to set up centers here and there. One for salad making, one for grilling, etc. I have the entire place in a shamble in a couple of minutes. What's worse? Continuing to create and change around as I construct the meal. By the time the food is served, the kitchen is unrecognizable. The good part? I don't care how it looks until hours later, when I'm satiated and ready to tack the mess.

I married into an OCD family,and couldn't stand the judgement of my untidy ways, so had to ship up or feel somehow lacking. My workbenches are now clear and tidy, husband places the bathroom towels just so, and in some ways I feel better for it, but still dread on the spot visits by husband's family. Sometimes its a relief to sink back into the untidy casual ways of my family, but when I see the overflowing sinks and enormous wash-ups at the end of a meal, I think, maybe not! I appreciate the discipline and clear-headedness of being tidy, but miss the relaxation and humour of "what the hell...".

Now what i really want to know is whom your boys take after????
which one is mum? and which one is Dad?
neat? tidy?
risk taker ? cautious?

Hi Mandy - just catching up again! You would hate to see the mess I make in the kitchen, while cooking - but at least I do tidy it up afterwards! I have a very tidy-cooking husband though, and I marvel at how he manages to do it!

I'm so glad you had a visit to London and saw Kit and family - what lovely photos, too!

Hope your back is feeling much better :)

Got to be over.Why would you want to drag your fingers down the wall?

It's funny, I have tidy and messy rooms/areas of rooms. I can't explain why but sometimes I can't keep my bedroom tidy but the living room and kitchen are clean. Virgo with Aries rising perhaps? Or just a bit of a weirdo! x