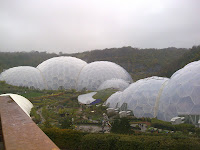 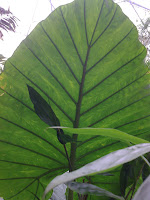 As you can see from my new photographs on my header and side bar I've been taking pics again.
All the photographs here are either, from the beach at Carbis Bay, near St Ives in Cornwall taken last Sunday afternoon. The weather was wonderful and my friends put on their wetsuits and went in the sea. I just dipped my toes in, it was very cold water about 4 degrees!
On this beach there are, in the cliff faces, the exits from some ancient tin mines, that start way up the hills above St Ives, near Knills Monument. The men tunneled down to the beach about two miles away. On the rocks are evidence of the copper residue where the rocks are a deep turquoise in colour.
The other photographs are on a walk on Tuesday to Godrevy Lighthouse and the view beyond. Walking along this headland we came upon a small beach way below us, on which were basking about 100 seals. It was wonderful to watch them coming out of the sea and lolloping along the beach to a spot to warm themselves.
There is also a picture of Devils Mouth, apparently a good suicide haunt, which whilst I stood on the edge of the cliff with the sheer drop below me felt very threatening, with the sea smashing on the rocks below.
On Monday the weather was appalling so we went to the Eden Project, the most amazing space like place, built in an old kaolin quarry. It contains what are called biohomes, that house a Mediterranean garden and a rain forest joined to together by the cafes. But outside it is covered with grass and you have no idea that your are underground when you go to get lunch of coffee. There are many pics of this as well and no doubt they will appear in due course.
I have had a seriously lovely time with my three lots of friends.And I'm trying hard not to feel trapped now I'm back. It certainly helps that I have all the excitment of the next couple of days to look forward to, as to take my mind off being in the wrong place.
I got home at lunch time, since when I have been cleaning the house up frantically as Kit will be here later and I've had to try and get rid of some of the dog hair, as he is allergic to it, and the dog is moulting more than I thought possible!
Posted by Fire Byrd at 15:44

Lovely pictures. Good luck on getting rid of dog hair. We dog-sit once or twice a year and yet, months after the visitor has gone, we are still finding hair all over the place. Can your visitor take an allergy tablet?

your seals made me smile :)

Lovely pics. Great to get some sun and sea air.

Wonderful photos of places I've never even heard of but now want visit ... and stay for awhile!

"Lolloping" great word..I think I lolloped the last time I was at the beach!

Forget about the dog hair, you're still celebrating!

Oh, I love Cornwall! Thanks for the photos and the updates.. great to have you back! x

Ohhhh! So lovely!!! can't imagine actually being in such a lovely place. I think I would find peace of mind in these places.

I LOVE your photos!

Please keep me posted on your fundraising efforts for the Moz kids at the Sanctuary.

Unfortunately it is impossible to rid a house of dog hair. Tell him to bring his allergy medicine!

I am pleased it all went as planned and you have had a lovely time.

Don't talk about pet hairs ...lol..I have a permanant lint roll on the go for my two...xx

Ohhhhhhh...the Eden Project!! Went twice and would go again in a heartbeat!

Oh Happy Birthday dear FireByrd! So good to see you had a wonderful time, I love your photos!
Happy Easter too.
♥

Great pics, I'm so happy you had a lovely visit with your friends.
Thanks for the comment on my post. I think I would fit in much better in an environment like yours where religion is not so intense. I am not religious myself, but enjoy the traditions & the people of the church that I sometimes attend. As you said it is difficult to read posts about religion and I hope I didn't upset you with my post.
Welcome home & have a great weekend!

Great pictures.
Snapshots like thopse are what fuel my desire to see more of whats out there.
Yes german shepards shed a couple of dogs a year. I know first hand

How beautiful! You seem to have throughly enjoyed yourself.