FEBRUARY AND THE WORLD IS TURNING SLOWLY TO SPRING 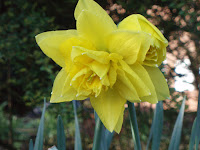 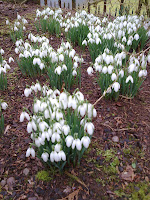 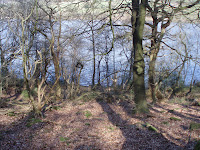 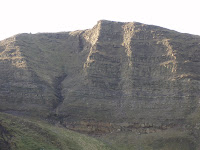 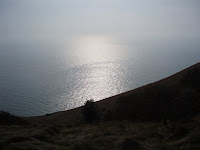 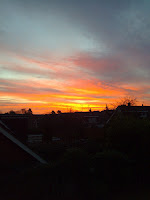 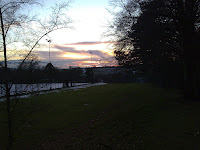 Cause I've nothing to write about, and blogger doesn't seem to want to publish my interview, I thought I'd just put some photographs taken in February, this year and last. The snowdrops are in my garden, the sunrises are either out of my bedroom or in the school grounds, the sea is Beachy Head, the cliff face is just outside Castleton in the Peak Park in fact it's called Man Tor, as spotted by Trousers, I'd forgotten it's name!!So useful having a mate who knows the area! The lake is Rudyard which I made my dog walk with me this morning..... Five miles and she hasn't been able to raise a smile since she got back, what a wuss. Amazingly there were daffodils out in Liverpool and it's an hours drive further north, just shows how high up I live, as they won't show themselves till Mother's day round here.
Posted by Fire Byrd at 14:29

Labels: february and the world is turning slowly.

It's Mam Tor, the cliff face, isn't it? Haven't been there for a while.

Your right, I'll put the name in now cause I couldn't remember it!!
xx

Oh, I hope for spring, too! Thanks for the pics!
Maybe you should ask Rob Inukshuk about the interview, he seens to know!! I want to read it!!!

Sorry about the interview, but the photos are lovely. I hope you have de-stressed a bit from the last days. Thanks for sharing.

See? It's coming! i love when the flowers start announcing the season's change.
maybe do the interview again??
xx lori

I hope no news about Alex is good news!

I think the anticipation of spring is as good as its arrival.

such an exciting time of year full of promise and renewed hope. and the flowers.......
i think you should try the interview again x

roll on spring i just can't wait - hops about in anticipation

thanks for the beautiful spring flowers... they are so hopeful and gorgeous!

I'm going to hope this means the kiddo's continuing to heal.

The photos were definitely 'healing' material for me.
I KNOW spring is coming....really....
Right?

*sigh*
After 5 inches of snow and subzero temps--I can hope that it's SOON!

Pictures say a million words.
Now i am going out and try to melt some snow and give spring a fighting chance

Beautiful pictures! When blogger is giving me trouble, I, too, try to go with the flow.