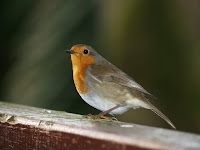 It was all going to be beautifully paced today. As ever I had it sorted out in my head so it would run like clockwork.... Best laid plans of mice and men though got in the way!

Which has meant an extra two and a half hours in a car that was thinking about breaking down, so had to be driven very slowly. This meant all the wonderful sunshine has gone to waste, so no walk for me and eldest.

It's meant scrabbling around trying to sort out transport for tomorrow, hurrah for brother in law who's lending eldest his car for a couple of hours to take me to the airport.......

To Philadelphia for the New Year. My mate and I have it all planned, no drunken parties where I try and snog total strangers this year for me. This year we are going to stock the fridge with goodies, get the champagne on ice, order in loads of DVDs and we may stay in our PJs all day if the mood takes us!

And do what we always do talk and read, with the occasional tarot reading thrown in for good measure. As I've said before I've been so many times to stay with Eve that I have no need to go anywhere , except the book store to get in a big enough pile of books to keep me going for a week, which will be about 4/5 books

I had also planned to write a long post..... but gotta pack and de-stress myself after this afternoons car journey.

I'll be back next weekend, but if I don't sleep whilst away I'll probably spend too much time here as well.

Nevertheless whatever I end up doing I want to wish that everyone who reads this, particularly the ones that comment a very HAPPY NEW YEAR!

And I look forward to us continuing to get to know each other next year.

The photograph was taken by my friend when we were out walking last Wednesday with a decent camera! As opposed to my phone which is what I take all my pics on.
Posted by Fire Byrd at 16:29

Labels: what another trip to America are you mad

Have a great time - and a very, very happy new year!

Have a wonderful time Byrd and Happy New Year....xx

What a way to ring in the New Year.

Happy New Year to you, ma'am.

Happy New Year FireByrd! enjoy the travelling/staying in new year, and thanks for the lovely photo of the robin-byrd..(i think i'm right that it's a robin?)xx

Lucky thing! Hope you have a totally fabby time and have a wonderful and very happy New Year!

good for you! have a wonderful trip and a happy new year :-)

have a truly happy new year. as you fly away, i've returned x

Travel safe and have a happy new year.

Same from me too - a very happy new year to you, have a great and relaxing time in Philadelphia, and see you soon!

How exciting, another trip! and to stay with a friend for New Years! Have a wonderful time Byrd! and yes, lovely Robin pic!
xx Happy New Year!!
Lori

Happy travels! Have a great time!

have a wonderful time!
see you when I get home, cause I am off for 11 days after the new year.. on the bike down to Victoria xo

Happy New Year, to you! Have a wonderful, safe trip to the US.

I'm looking forward to knowing you better in 2009!

Have a wonderful time! x

ooh I thought you must have been back... but of course you have internet there :)....
wishing you a truly magickal 2009... may all your dreams and wishes come true... and I too am looking forward to continuing our friendship miss Pixie !! xo

have a wonderful New years eve!

Have a great time in your PJ's
Happy New Year

hope you have a wonderful new year! and as the word verification right here says, "guiesses" maybe they are wishing new year's kisses on you but have a bad head cold

I'll bet you're having a wonderful time there in Philly. You are one travelin' woman. Very cool! If I had a little more freedom I'd hit the road myself.

Be sure and tell us the books you bought.