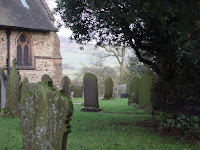 In the last year every time I go for a walk by water I'm looking out for a heron. It's become something of a talisman for me. Or if you prefer my sacred creature.I didn't know what it represented.

On Saturday I found out from the wonderful witch that is QV the story of the heron and what the bird represents.
It is the bird to accompany the souls on the way to the other world when they reach the end of this.

Not in the way that I'm frightened of it, far from it. I've seen too many people die over the years. I've had many experiences giving people hope enough to live. Or comfort to help them die

When I was 16, as I've told before, there was the girl the same age as me who'd taken an overdose and I sat beside her for an hour or two giving her hope that life was worth living.

At 17 I made a decision that was far reaching at that point. It was in the days long before mobile/cell phones and a young lad rang from a phone a mile away from his home to the ward where his grandmother was being treated. Only to be told by a completely inept doctor that gran had died. This to me was a horrendous thing to do to another human being, to be so callous in the telling about a death. I made the decision that when I was in a position that I could affect change that only I would tell people that their relatives had died.

I qualified as a nurse at 21 and in those first few months, I got to really know someone who was dying. I was close to him and his wife, and I was with them both when he died. This was in the days of not really being encouraged to get to know patients, and it was only cause I was a Staff Nurse, and bolshy that I got away with this behaviour.

So when I got made a Ward Sister at 24, I implemented that change. I refused to let any doctor tell the relatives in the first instance that the person they cared about had died. I made a room for relatives and I sat with them as long as needed. I really cared that this passage of time was treated with respect. Then if they needed to know medical facts only then would I get the doctor involved.

I sat with people who had been told they had terminal cancer, all day if required, and on their bed holding them also if required.

I moved from nursing to psychotherapy and ran bereavement groups. Helping people come to terms with their loss.

I told my mother that she wasn't going to recover from her appalling cancer,and that she was dying.

I have dealt with my own mortality in recovering from breast cancer.

All of this has been in the past, so why now has the heron become so vital to me.Is it a sign of a new direction I should be thinking of going. I haven't lost any of my passion for helping people experiencing dying, either themselves or their relatives.

I cannot abide the sweet platitudes used to describe death, like 'passing over', 'passed away' 'slipped away' 'gone to a better place'

In Victorian times death was such a revered thing. Black was worn for a very long time, rings were made with beloved's hair in them. But they didn't discuss sex. Nowadays it's totally the other way. Sex is everywhere and death is not talked about at all. So it's no wonder when we have to deal with something that actually is the one certainty about being born that we get so tangled up in guilt about letting anyone else know we are scared.

So lets get death out into the open, we're all going to do it, people around us are going to do it. Lets stop hiding it as shameful.

After all as the quote says.... "Grief is the price we pay for love". And love is what we spend our lives searching for, so doesn't it make sense that we prepare for what will be the most painful thing any of us have to deal with emotionally ,that is coming to terms with grief, isn't time we stopping being frightened of something so normal?
Posted by Fire Byrd at 18:22

Birds have many meanings in life and death. I am so glad you mention about the Heron giving sign of a new direction in life. It is not a symbol of death but a new journey to take on the road of life. Whichever way one wishes to read into this is their choice but I see many symbols throughout life as opening doors and forthcoming challenges.

I like the way you write. I don't agree with you about 'passing away' - I like that expression, but I don't like 'passing over' - I'm not sure why. I am not frightened of death - but agree about the sex/death thing, it's should certainly be discussed, including with children.

You've done many good works in your life helping the bereaved.

This is poignant for me right now. You are right, we don't know how to talk about it.

Agreed on all of this, it's something I feel very strongly about - stemming at least in part from the awkwardness that so many people displayed around the time of a close personal loss for me. If we don't know how to deal with death - or with the grief of those around us - then I wonder if it potentially diminishes our capacity to make the most of life.

It was a privilege, it has to be said, to witness your discussion with QV about this - the interaction and understanding between you was pretty powerful.

btw it was good to spend time with you again.

Like everything else in this world we have changed even dieing.

Once the sick and old died at home among family members.
This was a comfort to those who were slipping away into a new existance.
Love over powered fear and a soul left this world unbruised.

Now to many leave this world alone in some hospital or nursing home alone and scared in the dark with no one there to wish them a peacful journey.

We are getting less sensitive to those who paved our way into this world and forget them when they need us the most.
You have bridged that gap and helping push that fear back for the one moving on and the people who remain to remember.
To bad there are not more like you.

glad to see i am not the only one that feels this way. i have written posts about how i would like my own death to go and why i am not afraid of it, and why, at the same time, i am afraid of it. wish i could find the links for you. but yeah, i agree one hundred percent.

What a fascinating post, and so much honesty and compassion. I think there is a lot of fear around death, and this reluctance to talk about it means that people often don't know how to react to someone who's bereaved or who's been told they have a terminal illness. Much thought-provoking stuff here.

I am delighted that you have uncovered the meaning/symbolism of the heron. And of course i am blown away at it's perfect fit for you. But then you seem to draw to you , that which fits so perfectly for that moment ..(dare I say 'lesson'?) You have an over flowing well of compassion, that 5 minutes in your presence and all know the depth and breadth of your generosity.
A new journey...
I do so like that..
:)

This is one of those posts were to try and make individual comments feels trite, so thank you all for your time and thoughts, and particularly welcome little brown dog,
It is to difficult a subject to treat with jollity, but please know that I'm grateful for your input.
and immensly chuffed at those people who know me and what they think about actually being with me
xxxxxxxxxx

You are so right about getting people to talk about death, it all seems so sanitised now.
In my work as a vet, discussing the death of a pet and indeed hastening that death, is a common occurence. But done sensitively, and I hope sympathetically, it can be a rewarding experience for those involved. Watching their beloved pet slip away can be the owners first close experience of death and many are reassured and surprised to find that it can be so peaceful. Owners then tell me about family members they have lost; often feelings about their death were never fully brought out into the open and discussed. But now fresh tears wash old memories with relief that a gentle end is possible.

On the morning my mother died, Mulder and I were outside our house. I was holding my then 3 year old son. As the sun was rising, an egret, a smaller heron-like bird, flew over us towards the sun. My son, who was told his grandma was going to heaven, said, "There goes grandma!" It was a startling pronouncement but made me feel a little better.

I've always been afraid of death since my father died when I was 7. I know it's going to happen but I want to LIVE some before it does.

You sound like the person I'd definitely want around during a time of emotional crisis.

What a woman you are, Byrd... My own feeling is this...I don't want to die too early, most of us feel that way...But my biggest fear is in not LIVING the way I want before I go. That, to me, is the great regret of man. I love you for sharing all this and for making people think.

more heartfelt words,that i don't want to demean by saying something to each in the normal way. I just want to thank you for sharing thoughts and memories that are difficult.

The Victorians, of course, were completely open and honest about death - sexd was they're great taboo. Things can swing too far the other way, can't they?

Beautiful post, AL, miss you these days (even though I know it is ALL my own fault). Your perceptions are insightful and profound. I love you.

the dotterel, thanks for stopping by.

oops - I use passing over - cause I believe we pass across a lake to the other side....

I hate the raw grief that I feel when some one close to me dies but I am not afraid of dying at all... I look on it as another adventure of my soul.. is that because I have faced death with my cancer diagnosis? I don't know..

my sister in law died yesterday from cancer. crap. they can put a man on the moon but still no cure for cancer.

Wonderful post. So glad to have been able to illuminate some of the mystery. Although your soul knew this already sometimes it takes another to speak the words. You and your heron guide will do great things. Its your destiny.