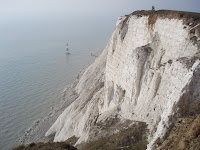 Right I'm going to try and write the post I thought I'd end up writing last. Comes of starting with a thought in my head and just letting my fingers go!

One of the strange things about my job is how suddenly I have a whole spate of people seemingly going through the same thing. Again stories will be different but the pain is the same. And how people try and deal with the pain before therapy, is also something they have in common. Or perhaps if I could be immodest before they meet me, as I can't talk for other therapists.

I have very strong ideas about what people do to themselves to protect themselves, and how damaging those things are.

So throwing the doors of my mind open...... I believe that people who have gone through emotional pain when they are children try as adults to have relationships with people who they expect to make them better. And it doesn't bloody work.

This hasn't happened to me, I was a wanted and secure little girl. But both my parents were desperately unhappy people who clung to each other and alcohol as a way to try and heal. They didn't succeed. My mother died at 57 of cancer, brought about by stress, alcohol abuse and cigarettes. My father died of a major stomach bleed caused by cirrhosis of the liver due to alcoholism four years ago.

My mother found out the day she passed her SRN (State Registered Nurse) exams that she had been adopted. She had always felt outside of her family, her brother and sister were years older than her. She was an informal adoption for money. And although her family were decent enough to her, they didn't show her love. This became even more evident when my mother, who was an Irish Catholic married an English Protestant. Her adoptive parents ensured that she was excommunicated from the Church and they refused to have anything more to do with her, apart from her visiting them once on their death beds. No wonder, as my mum always said that her wedding day was the saddest day of her life.

My father was the youngest of three, his older sister was the apple of her father's eye, his brother adored by his mother, and then my dad. Every day at 6pm my dad went next door to see the neighbours, Bert and Ethel. No one questioned this, it was just what he was expected to do. On his mothers death bed, when she was 96, she confirmed what he'd always thought that he was his mothers and Bert's child. Added to that his siblings were feckless and dad had a massive sense of loyalty. So when his father, the man that brought him up as his own, needed help in the family business then dad went into it. He loathed it, but it was his duty to stay. The only times my dad was happy were either when he was with my mum or when he was doing his soldiering bit in the TA.

As he got older his behaviour got more and more erratic, and when I was 16 he was diagnosed with manic depression. This involved amongst other things, waking my mum every morning at 5am to listen to his endless worries. Now anyone who has had anything to do with depression knows what a selfish illness it is, in that there is nothing else to discuss except the depressive, and how they see the world. So mum would listen and get stressed.

Added to that dad's need for alcohol was worse than mums, and she tried to give it up several times, and every time she succeeded he would pressure her to drink again. Dad was an ugly drunk. He was pissed every night, but when he had company or socialised he drank even more and then he would turn ugly and over the years he lost all his friends through his behaviour. Which was very hard on my mum, as everyone loved her.

She was the most generous person I knew, and if I am half the person she was then I will be a good person. She hated the affects that booze had on him, and the stress of living with him eventually killed her.

All the time they were together they loved each other deeply, but they couldn't heal one another.There was no treatment in those days except endless pills, which they both took by the bucket full. Nowadays people like my parents come and see me.

I don't have depression, or alcoholism. In fact it took me till I was 40 to actually like spirits. And even now the smell of whiskey will make me gag.But what I do have is a need, a yearning so huge that I have to cherish it, and use it to help others. I am helping my parents heal by teaching people that they have to learn to love themselves. No-one else can make that pain go away, however wonderful they are. But we who have that hole inside us can heal by being kind to ourselves, and looking after ourselves, so that slowly by us looking after that emotional need within us can we learn to be at peace with ourselves. Rather than the unhappiness and discontent that brings people to therapy in the first place.

Physician heal thyself works, but I know it's bigger than that, cause I need to help the memories of my parents that reside in my soul.

And again being immodest, do you know, I know I can help others, and for that I am so grateful beyond belief.

I miss my parents terribly, but I'm also glad that they are not here, as to have watched them destroy themselves more than they had already done, would have been cruel indeed.
Posted by Fire Byrd at 17:49

Labels: the whole inside and learning to love ourselves better

Wow. What a touching post. You sound very sorted considering your heritage. But then my Mum is the same/has a similar heritage and she's a psychologist also, perhaps it comes with the territory? Good for you though, you have every reason to feel proud of who you are. x

What a lovely post Byrd and I am certain you make a wonderful therapist.

I had one of those luckilly when I went through my depression a few years ago, she was amazing and yes she did make me understand how to love me.

I feel close to you even though we are apart...thanks again..xx

Powerful and insightful stuff, and that last line really stood out too.

Can't say much more than that right now, but this was one of those posts which just drew me in...clearly, starting with just a thought in your head and then getting on with typing, brings out some great stuff. x

I can relate to this post. Your description of your dad reminds me of SF who never got over his parents' divorce.

I am doing my best to minimise the effects his behaviour has on our sons.

Nope. It bloody DOESN'T work to expect someone else to make ME feel better.

Gosh. And I just said this to himself this evening.

Lemme assure you that went over like a ton of lead bricks.

Oh, and as a child of an alcoholic--'secure and wanted' was far from truth......it just was made to look like it for the rest of the world. I could count on broken promises and priorities being a bit askew.

So-- I applaud those who actually made 'secure and wanted' happen. Rest assured, they're few and far between.

inspirational thank you. wish you lived around the corner! x

Me too, I had some of those experiences and can relate to your feelings. Also those of strongly wishing to do better myself! And perhaps to help others to find their paths, if only earlier than I did. The answers to all our unhappiness lie open on the table, you named them. Love yourself, then share this love...But how hard to acknowledge it for ourselves. I also wish I could have mended my mother`s unhappy life, but this is not our task. Oh, like Val said, if you lived around the corner... we could surely learn from all our different lives. But so glad to have met you at least here!

FireByrd, you are a pretty amazing person. Thanks for sharing your story, so beautifully and movingly written.and the wonderful words on love. too true.. xx

Wow...with the others, powerful post and all so true. My ex was with me expecting ME to be able to fix him..but it just drove me away. It took him finally learning to do it on his own (with the help of a pyshcologist that is) to finally sort himself out.

Wow! This is such a powerful post. I can imagine you are quite good at what you do. It's too bad your parents can't come back to be your patients! Do you ever imagine talking about all of this with them?

what a beautiful sharing post, thank you for being so open.
i'm moved.

more power to you on your road in helping your clients which helps fill your own heart's need. i understand that; i do.

This is adifficult post to answer your comments individually. Suffice to say I am very moved by all the warmth and love that you have given me.
And like Val says I wished I lived round the corner from you, I really do.
Welcome Barbara, lovely to meet you.
So to all of you I wish only love and joy.
And a huge enveloping hug to keep us all safe.
xxxxxxxxxxxxxx

Thios is so beautiful and so true. We are the only ones who can truly give ourselves the love we crave.

my dad was an alcoholic too.. not sure what mum is though. She doesn't drink but she definately has issues. But so do we all I guess.
I often wonder if my own lack of self love does come from my parents. I was always like the adult in the family.. fixing mums hurts and protecting my sister from my father's drunken state. He was a violent and aggressive drunk. It scared me and alcohol violence still scares me witless.. it takes me right back to my childhood days cringing under the bed listening to the thumps and scream... (lord, i didn't mean to put all of this if a comment)

yes, you dear P, can help people. You have helped me tremendously over the time we have known each other and if I lived near you, I would be one of your 'clients' for sure hee, hee.

you are the best dear Pixie xoxo

Great post.
Very personal.
In everyones mind and heart no matter who you are, there are feelings and fears buried in the memories of time that compel most of us to change that.
Pain in the motivator and i felt your pain in this post and the lovefrom you and the spirit of your parents which you so elequintly provided.

Anonymous, I was wanted by my parents, so I was loved, they didnt have the wherewithal to be any different. And as a child of the 50s the way children were treated was to critisise them in the hope of getting them to do better. And the alcohol problems didnt come about till I was a teenager, by which time I was a secure person in terms of being loved. Just shot to bits in believing I was stupid, which I didnt stop believing till I was in my 40s and doing my psychotherapy training. Thanks for making your point. It makes me realise I need to write a post about it.
xx