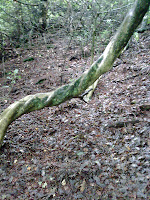 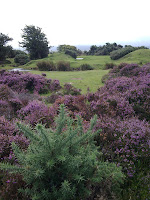 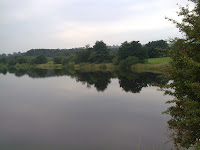 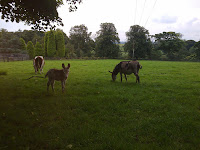 It's 7am on a Sunday morning, and I should be having a lie in, but I've been awake since 6 worrying.

What am I worrying about..... oh all the normal things everyone worries about, primarily money and my increasing lack of it. The worry that won't make any difference if I do it, or not. Those thoughts about what can I cut back on, how cheaply can I do Christmas. How can I eek out my money if my house doesn't sell quickly next year...... and on and on and on.

I hate getting into a state about something so futile to worry about. Cause worrying never helps me, sorting out a way forward helps, not ruminating and going down deeper into an out of control spiral of thinking.

So to move it on I'm not going to focus on it anymore, at least today. Instead I'm going to take a leave out of Mel's book and just for my own enjoyment list some of my favourite things..... You know I think Julie Andrews had a point when she sang that song!!!! The things that make Sunday bearable that I can write down and then hopefully go back to sleep for a while till a more civilised time to be awake on Sunday morning.

The rain, that is currently pouring down outside, and knowing that being in bed is the best place to hear it .

The sun, that might shine later, so as I can have my breakfast outside.

The birds, that have interrupted me with their song to take my mind away to listening to them.

The duvet,that is keeping me warm and toastie

The sons, that are sleeping in the rooms next to me. Knowing that later I will make a roast lunch for us all to share.

The computer, that allows me to communicate with my friends.

The phone, that I'll use later to speak to some more.

The mind, that allows me to change it and focus on being here right now, rather than is some useless fraught imaginary place.

The ability, to find light and peace in the moment. To be present, to touch my skin, to look at my hands, to hear the birdsong, to wriggle my toes.

The love, that I receive, and the love that I give, that's the bottom line.(pun intended!!!)

POST SCRIPT Why bother lying in your bed worrying, when someone can walk up your drive and damage your car. I have a wonderful black convertable, it's not that posh it's an MX5. Sometime between yesterday afternoon and this afternoon, some fucker has ripped off my wing mirror, smashed the arial off, written SEX on my boot lid, gouged out scratches all over the passenger wing and the drivers door.

I'm looking at a total respray if I can get the insurance company to pay,otherwise I'm stuck.
Posted by Fire Byrd at 07:07

Labels: worrying and it's futility

I am learning to forget my wories from time to time by immersing myself in something that keeps my mind busy.

lovely list I am sure mine would be similar. but I am glad I wasn't listening to the ran this morning as I left some towels on the line overnight.

There's something about a good list that makes things go right sized.

I do hope you got a sleep in after that blip on the screen.

For an answer, I wrote a new blog post which must still be posted...maybe it`ll give you some new ideas.
I wish you all the good things, like happiness and laughter and fun and joy and hopping around and a good roast meal and time for a funny book with a happy ending, everything to make your Sunday bright.

I shall now probably be singing that song all day today, with laughter in my heart and silly sweet thoughts of you...

Yep, being present in the moment, counting one's blessings - all so much better than worrying.
You know what they say, "don' worry, be happy..." :-)

Your photos and your thoughts are both beautiful. I used to tell my daughter, when she was a wee thing and upset over something, or unable to sleep, to think of her favorite, lovely things. I'd make a few suggestions, like "tiny tree frogs" or "macaroni and cheese!" and leave her to it. It always seemed to work.

Thanks for the reminder. I think I'll do that right now. :o)

Ffs, what senseless bastards did that to your car? Unbelievable and bloody annoying.

so angry for you about your car - what coward would do such a thing! i trust you've reported it to the police? it's criminal damage - you might have to check the small print on your insurance policy

I would do nice comments for everyone. But I'm so fed up and stressed that I can't think any more tonight.
I know it's only a car but on top of everything else that is going on it just doesn't feel fair.
No doubt tomorrow it will seem different, but today has been rough, and I'm hurting an awful lot.
Thank you for coming by as ever and your supportive messages.
xxxxxxxx

It's awful to be awake and worrying, when you want to be asleep, isn't it? It feels as if every other person in the world is sleeping peacefully, except you. Everything seems much worse in the dark, somehow. I sometimes write out a blog, when I can't sleep.

So sorry about your car. It was a very evil thing for someone to do. Someone staggering back from the pub, perhaps?

I read the empty nest post, too. I am going through/have been through the same emotions. (Youngest son started university last year. Eldest son moved out a few weeks ago to live with his girlfriend.) Powerful and overwhelming feelings at times aren't they? You think you are getting used to the idea and then some silly little thing brings a few tears again!

Hope you can sort your car out, somehow.

Fire Byrd, I am sorry about your car, what an evil and tasteless thing to do to someone's property in their own drive way. I hope the insurers cough up for you.

Oh FB, that is nasty and must feel very personal! I hope you've reported it already, but I shall quiz my resident traffic officer for any info/advice and let you know, hugs BG x

We had a similar experience this time last year (with the car, I mean - I have similar experiences lying awake and worrying in the small hours constantly. I think it's something to do with the hour; once daylight arrives, thing never seem quite so bad.)

Cars can be fixed, thas why we have insurance so why swea it now and let it bother you when the rest of the world can be beautiful

The pictures are lovely. Your joys are good ones. That seems like good therapy for worries. I'm prone to worry, too.

I'm so sorry about your car. Damn bastard! I hope you can find out who did it and nail him/her to the wall.

I'm wondering how much I can do if anything for Christmas this year. But I know it's not truly about gifts and so I'll focus on its real meaning. I'm tired of the shopping frenzy anyway.

I'll concentrate on our many blessings, like the wonderful breeze coming in from the window, my cute kitty sitting on the window sill, DS2 beside me, 500+ channels on tv and my computer and the Internet, and my two feet so that I can long, lovely walks.